Some celebrations, some beading

Hi friends. Hope all my friends in the coastal part of US were not affected by Irene!!

First, a very hearty welcome to my new followers. I really hope you enjoy my blog and I keep you interested. I cannot thank you all enough to keep me inspired in crafting :)

Last friday was the 10th anniversary celebrations at V's school. V acted in a play that was a part of a scene from Harry Potter and the Deathly hallows - part 2. She was Hermione.
The scene they enacted was where Harry, Ron and Hermione are accompanied by the goblin to gringott's to get the horcrux and escape on a dragon. 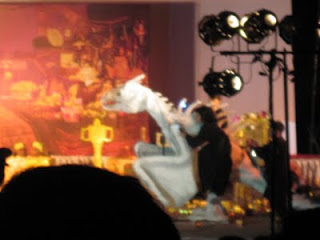 From where we were, this was all I could capture of them getting away on the dragon. Other pictures were too hazy. Hope the pictures taken by the school are good. 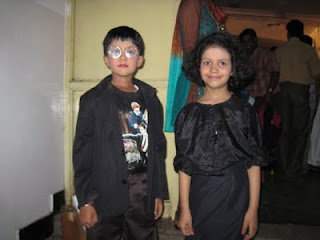 Doesn't he look exactly like Harry?!! Could not find Ron around when I clicked this picture, and V was just waiting to get rid of her costume.

Now for some crafty pictures. Made some more jewellery last weekend. This time it is completely hand made. 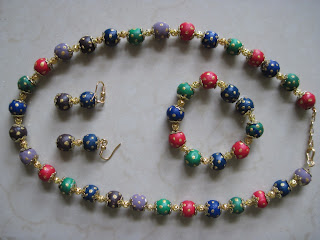 Now, I don't know why this picture is rotated, it looks alright on my computer :( 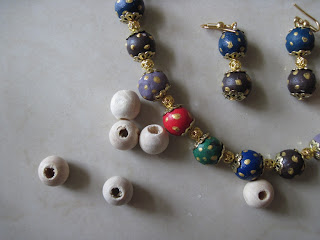 The beads were actually plain wooden beads that my dear brother got from Michaels. On saturday afternoon V brought her poster colors and insisted I give her something to paint. So, I dug these out and helped her with just some mixing of colors. Otherwise, she did the coloring. After that, we let it dry for a day and I gave the golden "touch" to the beads and strung them last night. I might just re-string them into a new design later.

I do not have any stitchy updates this time. So, with that let me wrap up for now.
Till my next update.. take care.. be happy.. keep stitching.. Au Revoir
Posted by Akila at 9:43 PM 3 comments: Links to this post

Soo.. much to update

Hello my dear friends. It has been a while since my last update. But, boy do I have updates for you to make up for all the silence.

Let me start with some celebration. 19th was V's birthday.. she's 7 now!!! Time sure does fly. 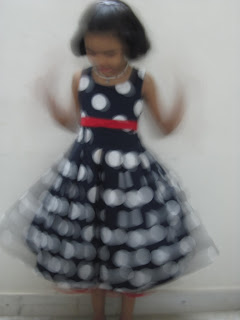 Clicked this picture just in time to catch the flair of her gown, hence the shake. 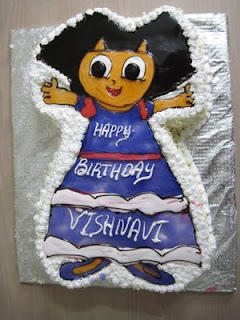 This time we ordered a Dora cake for her. I wanted Dora to wear a similar gown like V's!! Mother's fancies I tell you 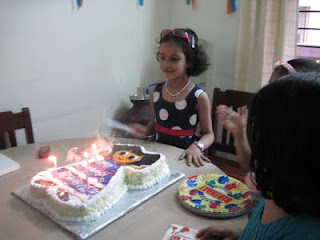 Ready to make a wish :)
I tried something new in beading - something more than just 2 strands. This time a more funkier look (I think). Used some multicolor seed beads and Coral chip beads. 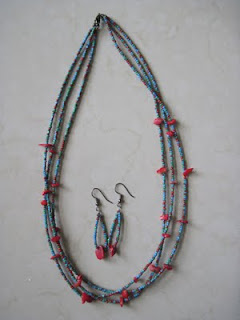 For the ear-rings, tried something different than the usual hanging. What do you think? 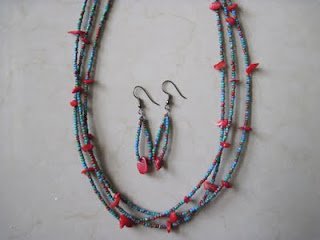 And now for the juicy part.. Guess what, I have Stash!!! I know, am very bad when am going at a snail's pace with my current work. But just could not resist ordering some fabrics from 123stitch when little brother was coming home from the US. 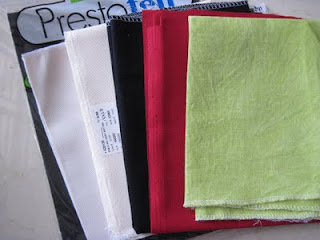 Ordered the required threads and fabric for LHN's The Bookshelf pattern too. Hoping to start on that soon. Also ordered some red silk thread. 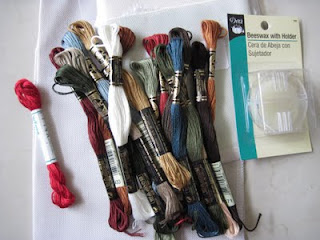 Now for my stitchy progress. 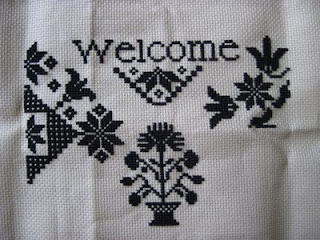 Am taking my own sweet time to finish this up. Am loving each stitch I put in this.
That's my updates for now friends.Till my next update.. Take care.. Be happy.. Keep stitching.. Au Revoir..
Posted by Akila at 9:57 PM 1 comment: Links to this post

A century and Giveaways

I did not realize in my last post that it was my 100th post!!! I can't believe that I have managed to keep it going for 100 posts. And thank you all for supporting and encouraging me all through. I really would not have been able to accomplish as many finishes as I have without all your support.


Guess what, for those who do not already know - there are 2 must-not-miss give-aways.

The first one is from Lynn 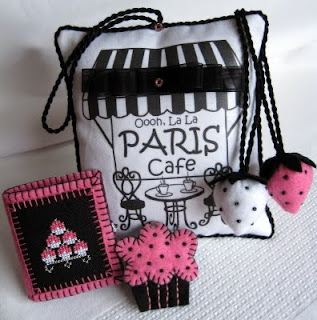 Aren't these real beauties? To be able to enter in the give-away click here

The 2nd give-away is by Sarah @ Craftymoo. 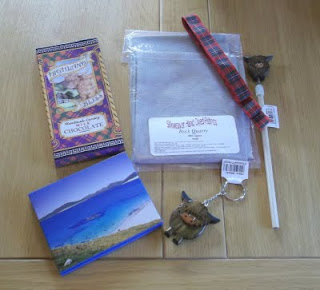 To be able to enter this give-away click here

Yes, I do have some updates too. But unfortunately have no pictures yet. So, please wait till my next post for more from me.

Till my next update.. Take care.. Be happy.. Keep stitching.. Au Revoir
Posted by Akila at 9:27 PM 1 comment: Links to this post

This is going to be a very short and a quick update from me. Not much has been happening on the crafty side. It's not the mojo exactly, but things are a bit slow.

Well, I baked some Banana nut bread over the weekend for my aunt and uncle's visit. 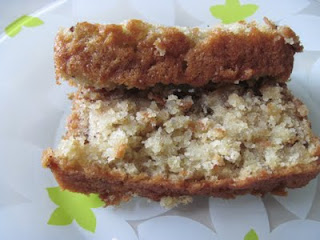 I got the recipe from here. I substituted the egg with milk as suggested by Sumi in the blog. Also instead of using 2 cups flour, I used 1 cup oatmeal and 1 cup flour. It turned out very moist and fluffly. 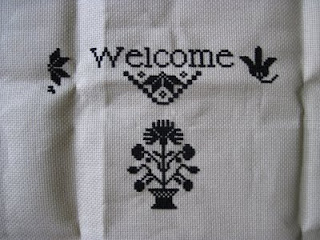 And here's my progress on Welcome. Sorry about all the wrinkles in the fabric. It's been caused by keeping it folded :( I know it's not much of a progress, but something all the same.

So friends, wasn't that quick? Till my next update..Take care..Be happy..Keep stitching..Au Revoir
Posted by Akila at 10:08 PM 1 comment: Links to this post