Hello friends. Hope you've all been busy crafting/stitching :) Well, I've done absolutely none. But then it's the summer holidays and school has closed. We went on a short trip to Bangalore.

It was a great trip with site-seeing and shopping, of course!! What trip is complete without the shopping :)

We started the trip with a trip to one of the new malls in Bangalore. They were celebrating their first aniversary. 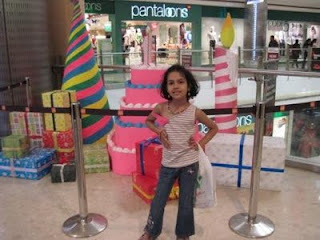 Found a store there that sold these lovely trinkets. I got some lovely magnets to add to my collection. 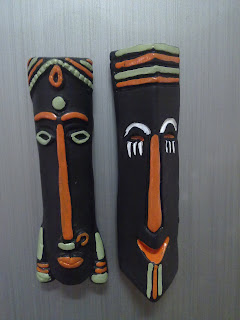 They had displayed a similar wall hanging and said they did have a magnet. Spent about 20 minutes looking for these!!! I really loved them. 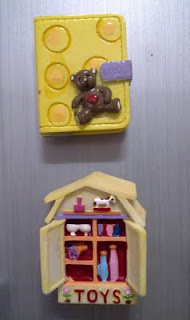 Am sure you can guess why I bought the "Toys" magnet - yep to humour V. But isn't it cute too :)

Day 2 started at the zoo. The zoo is very famous for the wild animals being free. We have to take a ride on the grand safari to see the wild life.

A wild elephant welcomed us first by blocking our way. Or should I say, we were in its way to have a drink!!?? 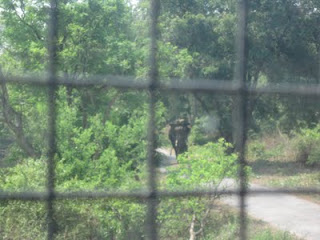 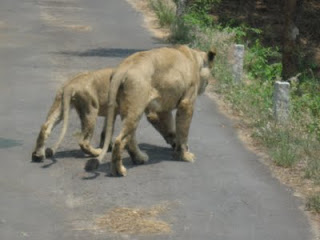 They were so close that we could have touched them

And then the tigers. But the tigers were not set free as you can see. Probably because they are restless souls 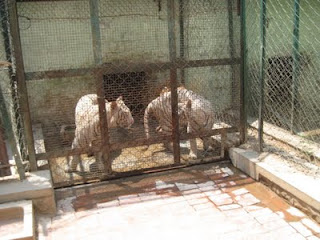 The icing on the cake was to evidence a peacock dance LIVE!!! It was the best thing ever 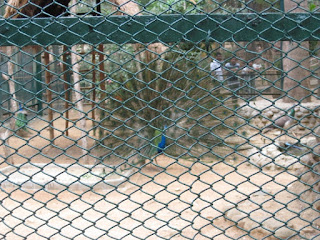 I could not get a better shot :(

I have heard that peacocks dance when it rains with happiness. But the sun was high up shining brightly. Wonder of wonders that same evening there was real heavy downpour!!! Isn't nature amazing!!
Well, that's all from me for now. No stitchy update from me today. Hope to show you a finish in my next post.

Email ThisBlogThis!Share to TwitterShare to FacebookShare to Pinterest
Labels: Holidays and shopping

Yay!!! We won the world cup!! India are the world champions in cricket!! Isn't it awesome. After 28 years, now India are the world champions again!!! Am sooo excited. The final match was so exciting till the end. It was an absolute nail-biting finish. Our apartment association had organized a big screen and projector for the match to be relayed in the lawn. The second half was watched by almost everybody in the apartment - old and young - together. 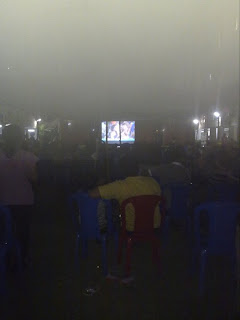 Apologize for the poor picture, but that was the big screen telecasting the match.

All ladies had b(r)ought a whistle to join in th excitement and children brought any noise-making device that they had. Boy, was it electrifying!! And when the captain MS.Dhoni hit the winning shot - and what a shot it was!! - there was such a great roar that went up!!! 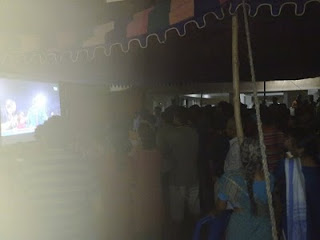 This is right after the winning shot!! Everybody crowded in the front as close to the screen as possible and Sachin being taken around I had (coincidentally?) made a new sweet and it turned out that we had the sweet to celebrate our win. 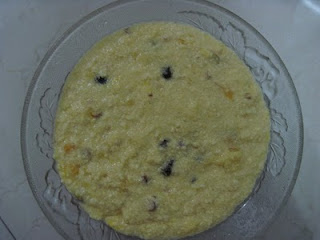 This was a new recipe that I found in the latest Goodhouse Keeping magazine. It's called Chenna pudding

This time I do not have a stitchy update. It's too little to be shown here.

Guess what, I have a new follower!!! I now have 15 followers :d Thank you all for your encouraging comments and suggestions. Am inspired by each and every one of you to keep goin on my crafting expeditions. Thank you soo much again. Words are not enough to express how much you inspire me :)